The aim of the conference is to commemorate the life and work of Paweł Domański who passed away in August 2016. This meeting will be a tribute to the way he was doing mathematics as well as the way he was encouraging young scientists to attack beautiful although difficult problems. Therefore we would like to gather specialists from all the branches of functional analysis and its applications he was interested in. Special emphasis will be put onto recent developments in the following areas:

The above topics correspond to very active research areas. Our aim is also to gather many young as well as many established scientists from various fields and countries to present latest results, exchange new ideas and to step forward collaboration. In particular, we think that it is not only essential to focus on recent developments and needs in these fields but also to include young scientists and promising PhD students in the collaboration of the groups and to enhance their mutual networking.

Throughout his scientific career Paweł worked at the Adam Mickiewicz University, Poznań, Poland. He graduated in Mathematics in 1983 and 4 years later he got his Ph.D. with the thesis Twisted sums of linear topological spaces. His advisor was Lech Drewnowski. In 1991 he earned his habilitation with the thesis Injective Fréchet spaces. In 2003 he became a full professor at the Adam Mickiewicz University, a position he held until his untimely passing away.

Paweł was three times (1991 – 1993, 2000, 2006) a fellow of the Alexander von Humboldt Fellowship at Bergische Universität Wuppertal, Germany (collaborating with Dietmar Vogt), and twice (1995–1996, 2001) he was a visiting professor at the Universidad Politecnica de Valencia, Spain (collaborating with José Bonet).

Paweł had participated in 4 domestic and 2 international grants and moreover as a principal investigator in 6 grants (including a Maestro grant of the National Center of Science in Poland with a budget of around 500.000 EUR). 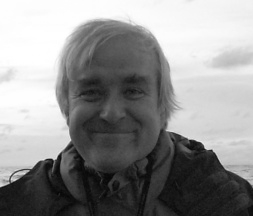